“In January 2014 I quit my job, sacked my clients, shut down my digital marketing business and spent every cent I had volunteering in the Philippines Visayan region following Typhoon Yolanda.

I returned home obsessed, changed, uplifted and depressed all at the same time.

I sold stuff, played music in the streets (you may call this busking), received donations from family, friends and even complete strangers.

Somehow I did three trips to the Philippines in 2014; what a year!

how does my life look now?

Having rid myself of all but a few material possessions, I travel this earth playing music in the street and writing the stories of the people and the places I see.

This website and blog is a record of my travels and documents the people I meet, the places I see as well as enabling my own love of self-expression through music, art and poetry.

I am here to love the people I meet, play music, listen, tell their stories and, take my time.

This is from Mel’s Love the People you Meet Blog

Some we know for years
& never really know

others we meet for a moment
& understand

Some take the road to understanding

whilst others forever run from
truths that set them free

& shifting in the rhythm
of their journey feet

You can check out Alesa Lajana’s work on her site
She has two albums, Celtic Gypsy and Secret Garden.

Hidden Histories is on its way…..

Thankyou so much for following the Ripply poetry blog.  You are obviously a big fan of poetry.

I have been delighted with the growth of this blog.  Nearly a 150 more people since the start of year.

It means so much that people regularly visit the blog and read the poems from myself and friends.

In other exciting news there is a poetry book project well underway for completion and release next year?

Would love it if you and your friends joined the journey.

I share my poetry films on my home blog.

If I met you face to face, I
would retrace—erase!—my heartbreak,
pain by pain,
ache by ache,
word by word,
point by point.

In search of you—just your face!—I
roam through the streets lost in disgrace,
house to house,
lane to lane,
place to place,
door to door.

My heart hopeless—broken,crushed!—I
heard it pound, till blood gushed from me,
fountain by fountain,
stream by stream,
river by river,
sea by sea.

The garden of your lips—your cheeks!—
your perfumed hair, I wonder there,
bloom to bloom,
rose to rose,
petal to petal,
scent to scent.

Your eyebrow—your eye!—and the mole
on your face, somehow they tie me,
trait to trait,
kindness to kindness,
passion to passion,
love to love.

While I grieve, with love—your love!—I
will reweave the fabric of my soul,
stitch by stitch,
thread by thread,
warp by warp,
woof by woof.

Last, I—Tahirih—searched my heart, I
looked line by line. What did I find?

To find more of the beautiful poetry of Tahirih and read about her life, CLICK HERE.

There are many readings  at the above site which has been put together by Hussein Ahdieh & Hillary Chapman who are writing a book about her.  Tahirih a 19th Century woman still inspires many today with her life, faith, story and poetry.

If you visit Pearlz Dreaming  by clicking on HERE  you’ll find a poetry film.

I have quite a few small experimental films, which were originally to practice editing. Some of them are now useful in providing the basis for poetry films and feel worthy of a polish and share.

At the moment I am working on doing my poetry as short films. Many of these will be from the upcoming Magic Fish book

This particular one, however is nothing to do with that book, but is an early one, inspired by the dance work of Danielle Wilson. I was filming her projects and ended up writing and creating a film poem.

A voice over has recently been added to complete the film.

From  the real life signed book of Allan Lake’s Book Sand in the Sole.  Poems by Allan Lake. 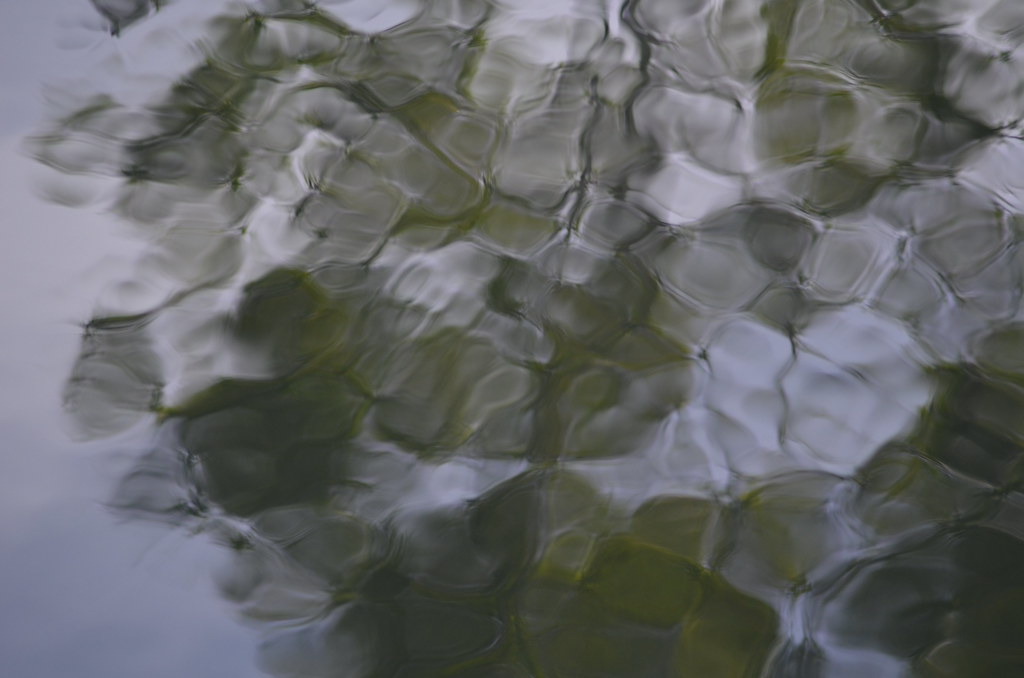 Water, sand, textures, light and patterns
Playing with the manual focus settings on my camera
Thinking about oneness with ocean, river, creek
Triangles and circles in the light
Light through branches
Early morning webs transfigured by sunrise
Light dancing colours on the ocean
This is my journey into abstraction.

Sometimes photographs inspire words. This is just a beginning – will work with this idea a little more.

Gwen Harwood is a clever and profound poet. Over at Tribalmystic, read this post on her work.

I was recently asked by my younger son Chris to read with him some Australian poetry. Chris wrote a critique for two of the poems for his Year 12 English studies. Chris and I found Critically Acclaimed Gwen Harwood’s words and her life fascinating so I wanted to share her story.  Gwen Harwood also grew up in our neighbourhood in Brisbane’s western suburbs. Below is part of Chris’s critique.

Gwen Harwood was born in 1942 and grew up in Taringa, in Western Suburbs Brisbane. She went to Brisbane Girls Grammar School and All Saint High. Harwood had studied music and completed a Diploma to teach music but found herself in a typist job at the War Damage Commission. Although early in her life she had developed an interest in literature, philosophy and music, she was limited to what the society enabled her to do in her…

Another beautiful work from Melissa. Love the ice feathers!

It is death defying
To stand on the lawn at dusk,
Metal pail swinging
From my gloved hand.
The air so cold
It feels as though
The inhospitable earth
Is trying to dispossess me.

I stamp my boot,
Toes already frozen:
Tell me I don’t belong—
I dare you!

Whiskers of snow brush
My numb cheeks,
Whisper, Pathetic
Warm blooded human.
With neither hide nor hair
To keep frost crystals
From trammeling up
Your soupy blood,
You don’t stand a chance.
Cocooned creature,
Strip you bare and you
Become
confused,
lumbering,
inarticulate.
You don’t possess
The survival skills of a squirrel.

I shrug ice feathers
Off my shoulders,
Blowing hot breath into
Wool paws.
Earth, you’ve got
Nothing to prove,
No judgments to pass.
Now leave me alone
To stomp my way
To the compost heap.

Today’s guest poet is Allan Lake. I’ve known Allan since I was in my teens growing up in Tasmania. He was one of my poetry mentors and I occasionally looked after his vibrant daughters.

All of them have grown up into beautiful and talented women.

During his 13 years in Tasmania Lake published his first collection of poems called Tasmanian Tiger Breaks Silence (1988) which was followed by a small volume of 4 poems called Grandparents:Portraits of Strain (1994). * Both currently out of print. He also edited 11 volumes of Traks, the poetry annual by Tasmanian high school students.

Traks was one of the first places to publish my poetry when I was in highschool and it gave me that writerly buzz of being published which has ever since been one of my greatest joys (apart from having a family and coming out the other side of a cyclone.)

In 1995 Allan contacted me to say if I wanted it I had a paying poetry gig at the Tasmanian Poetry Festival. ‘Are you kidding, being paid to read poetry, yes, I’ll be on the next plane.’

It was a beautiful gift to go and read poetry back in my hometown alongside Chris Mansell, JS Harry,  Jenny Boult, and Dipti Saravanamuttu and of course catch up with and listen to works by my former poetry mentor Allan.

Now fast forward to 2015, twenty years later and I find Allan’s life had undergone some major changes, but he is still as always a poet and his own unique self and often humorous self.

I receive Sand in the Sole by snail mail, and after many weeks, enjoying reading  and reflecting on the poetry within, I suggest an interview.

J:  What were your main inspirations in writing the poems for Sand in the Sole?

A: My inspiration can be a single image (An Engagement), a dream (Fish), the rhythm of a single line (Lost Line Dept) . . .  an experience(Sand in the Sole)

A speckled trout swims
in the rocky stream, the stream
that talks through the trees at
the bottom of a gorge. And I
have no net and this I regret.

And although this fish has eluded
me, I know the spot & have
learned to be patient and I shall be
better equipped in future.

Still,
that particular fish becomes art,
leaps into metaphor and swims
at me now and will continue to
do so. Aha! That fish caught me.

J: Have you performed all of them live?

A:  I tend to read/perform some of the poems and leave others to be read by others at their leisure. You know which are going to work aloud and which you enjoy doing.  ‘Venice, a Trip’& ‘Open House’ are favourites. ‘A Cinema Paradiso’ is naughty so audiences blush and enjoy that one.

J: What is your favourite one to perform and why?

A: In this collection I would nominate different poems on different days.  It’s like choosing your favourite child.

J: Are there any you would not read to an audience and why?

A: There is an audience for every poem in the collection.  If I didn’t believe that I would have pulled the poem out.  And I pulled several out  and set them aside.

J: In your poems I notice a lot of biblical references, nature, places you have lived or visited like Sicily, Tasmania, Canada, sense of holiness, and a sense of epiphany  – there are often layers of meaning under what at first seem like straightforward lines…How would you describe your main influences – poetically (other poets or writers) and life?

Emily Dickinson:  How original are her thoughts!  How haunting the imagery!

Allan Lake: He shares all his ideas with me.

I’ll feature some poems of Allan’s works from Sand in the Sole in Ripple Poetry in the upcoming weeks so stay tuned.

I cannot take responsibility for all the links on this blog through the likers especially. You will occasionally find some (I stress not all) have images or words I would deem unsuitable for family or younger readers. I do occasionally feature the work of poets whose pages I particularly like within the project and endeavour as a courtesy to go have a look at all the likers/commenters work.
Loading Comments...
Comment
×
%d bloggers like this: